ACTA national presidents have traditionally awarded medals for outstanding achievement in coaching, administration, or contribution to, the sport of clay target shooting.

The following is a guideline for the assessment of individual nominations for the award of presidential medals outlining both the process and assessment criteria.

Recipients of the Presidential Medal

On the cover: Jack Stockdale, ACTA 2022 Hall of Fame Inductee with Aislin Jones 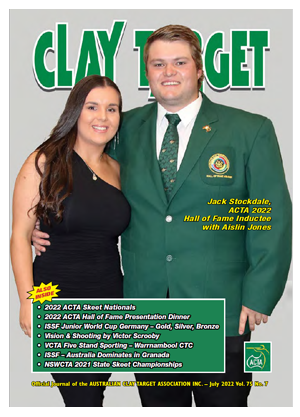